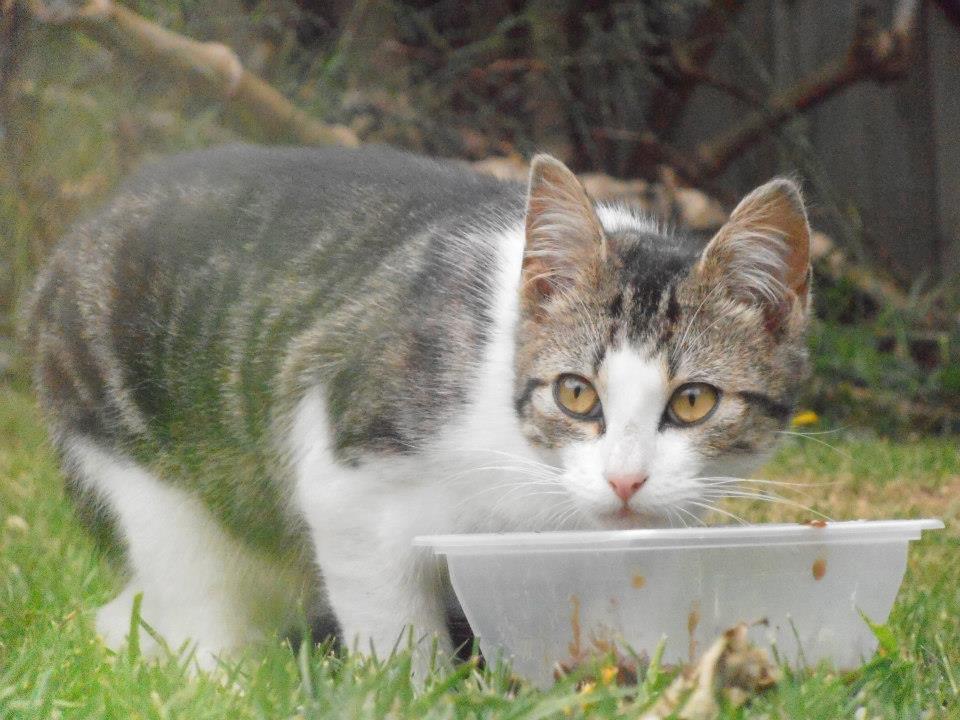 I didn’t initially decide to become a foster carer: I was always one of those “someone should do something about this” types, until fate handed me a visitor in the form of a terrified feral kitten who would regularly appear in my back yard. Knowing the fate of feral cats in pounds and shelters across Australia, I decided to be “someone” and do something. And working with MAR, that was how I became a foster carer, just on three years ago.

Fostering has been life changing for my whole family. My kids love the cats we’ve had stay with them, and as a bonus the cats get to experience kids, but furthermore, it’s had an educational bent: it’s shown them the faces of animal homelessness in Melbourne, plus it’s allowed them to know that while the reality is depressing, even if you can’t change the world, you can change it for an individual. It’s allowed them to experience very young kittens, with the awareness of why desexing and responsible pet ownership is important: without fostering through rescue groups, those kittens would have nowhere to live.

My other pets—two cats, a dog, and a parrot—aren’t as thrilled with the new arrivals, but they tolerate them. In addition, it allows the fosters to experience living with other animals, so if they go to forever homes with them, hopefully they’ll know what to expect.

For me, it’s introduced me to an amazing group of people, it’s allowed me to get to know and care for some gorgeous cats, and it’s shown me that while there are some awful people in the world, there are also some incredible ones trying to counteract that. Meeting adopters who are thrilled to be taking home one of my charges is beautiful: while I’m going to miss him or her, I get to know that they’re going off to a life of their own where they can take centre stage—and getting update down the track is still one of the best things ever.

I’d thoroughly recommend it, especially for people who aren’t too sure about their living situation: it’s getting to have animal companionship without the 20 year commitment and most of the expenses. Plus—in a lot of cases, you are literally saving a life. Many of my fosters have been terrified and were wild-caught when they came to me, the types of cats traditionally considered beyond help. (By the time they’ve left for forever homes, you would have no idea that they’d had such a rocky start to life!) For others, it’s a case of them needing somewhere else to go when their time is “up” in a shelter setting or elsewhere. Even if it’s something you only can do for a short while, I’d still recommend giving it a go: you’ll change your own life, but also that of your foster.

Prior to submitting either an adoption application or an email seeking further information, please ensure that you read the entire pet profile AND adoption policy and process.  (See quick links below)

While we endeavour to reply to all emails and adoption applications within 3-5 business days, time constraints imposed by other responsibilities may delay our response time.